It’s been 2,772 days since Scooter Jensen, former Assembly Speaker, was criminally charged with misconduct in office. I know that because the Wisconsin Democracy Campaign keeps a clock on Scooter on its “Big Money Blog” website. Seven and a half years of delaying and denying.

And Scooter (who hates to be called that) has gamed the system again. His expensive lawyers have convinced our nearly worthless State Supreme Court that he should be re-tried in his home county. That would be Waukesha County. The supremes announced the ruling yesterday morning. And the Waukesha County D-A claims to be too busy to prosecute the case. Nice.

Never mind that the crimes Scooter was already convicted of happened here in Dane County, under the big top at the head of State Street. Never mind that the circuit court and appeals court both say he should be re-tried here. Talk about “Loophole Louie”! Scooter’s lawyers used a nice big loophole, getting the Supremes to go along with a law passed by his pals in the legislature AFTER he was convicted, giving politicians an advantage no other Wisconsin citizen has.

You and I would be tried in the county where our (alleged) crime was committed. That’s the way the system works. Except for politicians, who wrote a law in 2007 giving themselves “home court advantage”. Never mind that Scooter was convicted before that law was written. His re-trial, which will probably never happen, would be tried in the district where all his cronies live.

He’s gamed the system since the day he was caught in the so-called “caucus scandal” for using state-paid employees to work on political campaigns. This latest disgusting decision by our state’s highest court shows again that if you have enough money, you get a different kind of justice.

When failed and disgraced politician John Edwards talked about “the two Americas” in his failed Presidential campaign several years ago, he was alluding to the economic haves and have-nots in our nation. Scooter’s lawyers have convinced our supremes to demonstrate again to the citizens of Cheesetopia that there are two kinds of justice in our state.

Again, for about the fifth time, I plead: Will somebody please put Scooter in jail?

This sucks.
Posted by Tim Morrissey at 5:56 AM 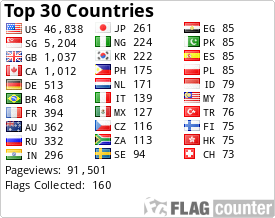